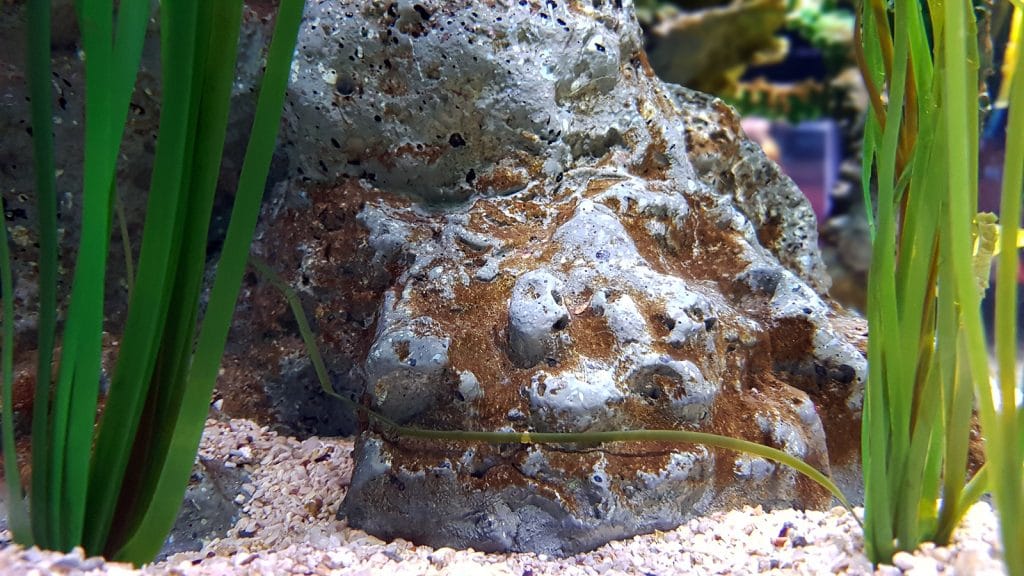 Are you contemplating setting up your very own aquarium? If you have reservations and qualms about it we’re here to tell you that you should spend your money on either a saltwater or a freshwater aquarium (or maybe both). Trust us, it’s going to be worth every penny. An aquarium is not just an ornamental piece that will fill in a bare corner of your room; it’s more than that. In Feng Shui, an aquarium represents luck and wealth and in science, an aquarium offers a plethora of health benefits.

Perhaps it’s the synchronized swaying of seaweeds or the slow graceful movements of colorful sea creatures, whatever it is, studies show that people who watched aquariums experienced a drop in their blood pressure, heart rate and stress level. Even if the design of the aquarium is simple and basic, it has the power to relax people. So, are you finally convinced to set up your own aquarium? If you say yes, you’ll soon find yourself on the horns of a dilemma, should you go for a saltwater aquarium or a freshwater aquarium?

What makes Saltwater different from Freshwater Aquarium? Let’s find out.

WATER – When it comes to water, the main difference between the two is salt. Obviously, salt is present in copious amounts in saltwater and is considered as its main mineral component. The open ocean has roughly 35 grams of salt per liter with a salinity of approximately 3.5%. You can measure the salinity of your fish tank using a hydrometer, a device that measures specific gravity. For sea aquariums, the specific gravity must be within 1.021 and 1.023 and as for reef aquariums, it must be within the range of 1.024 and 1.026. If your aquarium only houses fish then you can go a bit lower to allow more oxygen in the system. The pH level of a saltwater aquarium must be alkaline.

BIOLOGICAL FILTRATION – Live rock in itself is sufficient enough to provide its biological filtration for reef aquariums and there is absolutely zero need for biomedia.

MECHANICAL FILTRATION – The mechanical filtration of a reef aquarium can be done naturally. In fact, it’s actually ideal to not have mechanical media in the system because they function better without it. Furthermore, since stocking is lesser compared to freshwater systems, waste products are also considerably lesser.

CYCLING – You don’t need to actively cycle a saltwater aquarium as long as you have live rocks because the curing of these rocks will already cycle the system. If your rocks are already cured when you placed it in, that’s still okay because your aquarium is already considered cycled.

FISH SOURCE – Fish from freshwater aquariums are mostly captive bred in fish farms. Meanwhile, saltwater fish are caught directly from the ocean, which means their ability to acclimatize to your fish aquarium, is quite unpredictable. As mentioned, the biggest struggle of aquarists is to get their fish to feed. However, once they’ve adjusted they will be able to resume their normal eating pattern. An important thing to remember is to observe how a fish eat before you purchase them.

RESEARCH – Thorough research must be done on saltwater tanks compared to freshwater tanks.  It’s very important that you carefully plan your system because once it’s established it will be difficult to make changes. Freshwater aquariums are not as complicated as saltwater aquariums and they are easier to set up. If you want a successful aquarium you should do your research before setting it up.

There you have it, the differences between a freshwater aquarium and a saltwater aquarium. Keep in mind that setting up and maintaining an aquarium requires commitment so before you start shopping make sure you know what you want. Do your research and read as much as you can about aquatic systems. For the best aquarium maintenance in Boca Raton, call Crystal Oceans today!